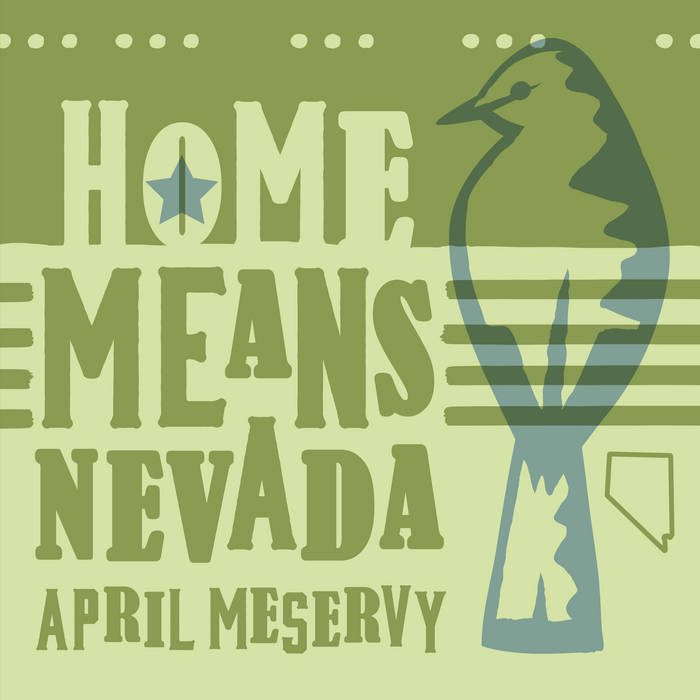 "Around this time of last year I was looking online for our state song... I had been raised singing it (like all Nevadans) and wanted to hear some recordings and find out who wrote it. I was disappointed that I could find only a couple female vocal recordings of it out there, but in the process I discovered this gem of a story on how it came to be our state song. I reckon'd maybe it was time for another female recording of it. ;)

The story behind how 'Home Means Nevada' came to be written is a charming one! In August of 1932, Bertha Raffetto stayed up late into the night writing the majority of this song (until 4am to be exact). She had accidentally marked her calendar wrong and discovered that the event she had been invited to sing a song about Nevada for – the annual picnic for the 'Nevada Native Daughters' held at Bower's Mansion – was the very next day! Months prior, she had determined to write a new song because she couldn't find a song that quite expressed her feelings about her home state.

With little sleep, the next day she sang her new song from the balcony of the Bowers Mansion. Governor Morley Griswold and former Governor Roswell K. Colcord, who were both attending, liked the song so much that Bertha recalled of the event: former Governor Roswell "propped his gold-headed ebony cane against the old square piano, removed his high topper from his leonine-head, and looking every inch the statesman, said to me, 'Honey, that's the prettiest Nevada song that I have ever heard. It should be made the State Song of Nevada!' And that's exactly what it became." -April M.

Way out in the land of the setting sun,
Where the wind blows wild and free,
There’s a lovely spot, just the only one
That means home sweet home to me.

If you follow the old Kit Carson trail,
Until desert meets the hills,
Oh you certainly will agree with me,
It’s the place of a thousand thrills.

Home means Nevada, home means the hills,
Home means the sage and the pine.
Out by the Truckee, silvery rills,
Out where the sun always shines,

Here is the land which I love the best,
Fairer than all I can see.
Deep in the heart of the golden west
Home means Nevada to me.

Whenever the sun at the close of day,
Colors all the western sky,
Oh my heart returns to the desert grey
And the mountains tow’ring high.

Where the moon beams play in shadowed glen,
With the spotted fawn and doe,
All the live long night until morning light,
It's the loveliest place I know.

There is the land that I love the best,
Fairer than all I can see.
Right in the heart of the golden west
Home means Nevada to me.